In recognition of his remarkable career at one of the region’s largest and most innovative companies, the Rotary Club of Milwaukee has selected Michael Barber, the President and CEO of GE Healthcare’s Molecular Imaging and Computed Tomography (MICT) as the Rotary Person of the Year. 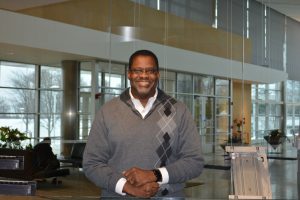 Starting with GE in 1982, Michael has built his career with an entrepreneurial spirit, a record of innovation, and highly admired leadership skills.

The enterprise he currently leads, MICT, is a significant part of GE Healthcare, a company that in Wisconsin employs thousands of people and contributes billions of dollars to the state’s economy.

He has had a variety of roles in engineering, operations and product management. As the Manager of the Digital X-ray Detector Platform, Michael led a team that eliminated the need for film in X-ray procedures. Michael holds patents for novel X-ray system designs and has been directly involved with many product advances in the field of diagnostic imaging.

Michael is a graduate of Milwaukee’s John Marshall High School and earned an electrical engineering degree from the Milwaukee School of Engineering. Six years ago, his alma mater awarded him an honorary doctorate degree citing his professional achievements and his dedication to MSOE.

The Rotary Person of the Year award is a unique honor that focuses on the professional accomplishments of the award winner. Rather than celebrating civic or philanthropic achievements, this award recognizes the winner’s work. A committee of Milwaukee Rotarians reviews all the nominations with a particular focus on how the nominees have applied their professional work to better the community.

The Rotary Person of the Year Award recognizes individuals, executives and entrepreneurs who, through their profession, are making the Milwaukee community a better place to live and work.

The purpose of this award is to highlight the second objective of Rotary: to foster high ethical standards in business and professions, to recognize the worthiness of all useful occupations, and to dignify each Rotarian’s occupation as an opportunity to serve society. 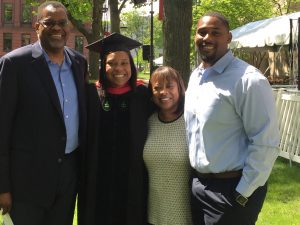 Michael Barber and his family.

We will celebrate Michael Barber at our May 22nd luncheon.