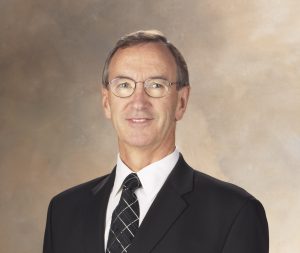 In the Wizard of Oz, Dorothy always said, “There’s no place like home.“ RCM President-Elect Steve Chevalier is the quintessential homeboy. Steve was born in Milwaukee; earned his undergraduate and master’s degrees from UW-Milwaukee; has lived here all his life and spent his entire professional career in downtown Milwaukee within a three-square block area.

Early employment for Steve included jobs as a newspaper carrier, usher at Warner Theater, Schlitz brewery worker and Milwaukee Journal truck driver. After stints at the public actuary firm Haskins & Sells and Unicare Services, the majority of his professional life has been with Zilber, Ltd. In addition to serving as the firm’s Vice President, Steve has also been integrally involved with the Zilber Family Foundation, presently serving as a trustee and its Secretary/Treasurer.

The late Joseph Zilber funneled a fair amount of his earnings into his family foundation. During the past 10 years, Steve helped the foundation award $100 million to nearly 200 non-profit organizations. Because Joe Zilber wanted everyone in Milwaukee to have the same opportunities he had here “back in the day,” the Foundation has invested $50 million to improve the quality of life in three Milwaukee neighborhoods-Lindsay Heights, Clarke Square, and Layton Boulevard West. In addition to its neighborhood revitalization work, the Foundation was a major donor to Marquette University, the UWM Joseph and Vera Zilber School of Public Health, and many other organizations and causes.

Steve and his wife, Sue, a retired registered nurse, will celebrate their 50th wedding anniversary this June. The couple has three children and seven grandchildren, all of whom are beautiful and brilliant.

In his spare time, Steve enjoys bowling and cards. He has enjoyed bowling in leagues with friends since he was a teenager. “The closest I ever got to a perfect game in bowling was 297, sad to say, but I keep trying.Bridge and Sheepshead are my favorites card games, primarily because it is a chance to socialize with friends and engage in pleasant, and often spirited, discussion. I’m still waiting for the perfect hand in bridge!”

Steve totally enjoys Rotary. “Rotary is one of the best and most enjoyable things I have done for myself and my professional life, which might sound a bit selfish. At first, my goal was simply to join an organization that did some good in the community and to meet like-minded people. I treasured the luncheon speakers, who enlightened me on so many topics. As my journey continued, however, I became aware that the Rotary connection goes much deeper and wider. We are part of a world-wide movement that has accomplished so much, both here and abroad. We do great things.”

His goal for RCM during my year as President is to encourage even more personal engagement by our members. “We have a strong club, great leadership, and a very impressive roster of members. We need to enjoy each moment; attract like-minded new members and keep our Club both relevant and strong. While Rotary Connects the World, we can also say that RCM connects all of us here.”